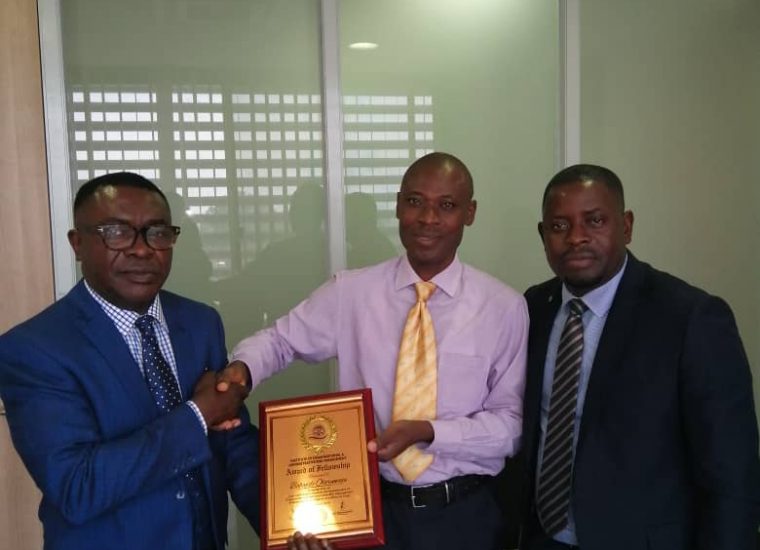 We are commited to the continous capacity building of members through seminars and conferences.

We are commited to the continous capacity building of members through seminars and conferences.

To control and minimise organisational and administrative risks in all sectors of the economy.

To be an excellent and reference professional body in the organisational and administrative risk management.

over 10 years of experience 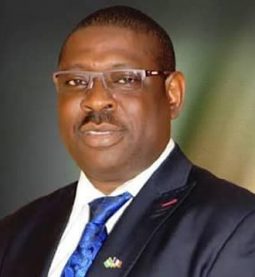 Babatunde RABIU is a Professor of Physics and at the moment the pioneer Director and Chief Executive of the Centre for Atmospheric Research of the National Space Research and Development Agency, Nigeria. He started his career as an Assistant lecturer at the University of Nigeria in 1993 bagged his PhD in Physics in the year 2000 from the same University. He was appointed a Senior lecturer by the Federal University of Technology, Akure, in 2001 and attained the status of full Professorship on 1st October 2010 at the same University. He was a Deputy Director in the Nigerian Space Agency between 2010 and December 2012. He was named 'The Young Scientist of the Year 2000 in Nigeria' by the Third World Academy of Science, Trieste, Italy, in collaboration with the Nigerian Academy of Science. He has since received a lot of awards at national and international levels.

He served as the pioneer President of the AfricanGeophysical Societybetween November 2012 and November 2016. He is a fellow of a number of academic societies including the Royal Astronomical Society UK, Nigerian Geophysical Society, Society for Environmental Toxicology and Pollution Mitigation, and Astronomical Society of Nigeria. He serves on the advisory board of a number of International Research Networks such as the Atmospheric and Space Environment Research Network ASPERN and South African based Aerospace leadership Academy (AERlA). At the moment he is the African coordinator of the International Space Weather Initiative and serves on the international steering committee of the UN/NASA-endorsed global cooperation. He serves as the Administrator of the Magnetic Data Acquisition System MAGDAS in Africa among other international projects. He has delivered more than 100 papers in many academic conferences/workshops globally. 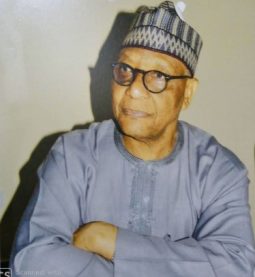 Registrar of the Institute

Muhammad Gidado Tahir was born on December, 29th, 1949, in Toungo town, in Adamawa State. He had his early education, namely elementary and primary education in Jimeta and Girei, towns, respectively, both in the old Adamawa Province. He attended the Church of the Brethren Mission Secondary School in Waka, Biu, in the old Borno Province, between 1956 and 1967. He was admitted to Government Secondary, Bauchi, in the then Bauchi Province to pursue a Cambridge Higher School Certificate in 1968. He proceeded to Ahmadu Bello University, Zaria in 1970. He had a combined honors degree in History and Education and upon graduation in 1974, he was posted to the then East Central State to do the National Service, where he taught at Achi Girls Secondary Secondary, Achi, in Awgu Division.

Gidado Tahir began his academic career as a graduate assistant at Ahmadu Bello University, Zaria in July, 1975 and two years later secured admission and obtained fellowship as well as scholarship to further his education in the field of Higher Education at Indiana University, Bloomington, Indiana, USA. He obtained MSc and PhD in Higher and Continuing Education in 1978 and 1981, respectively. He returned to ABU Zaria to continue with his academic career focusing on teaching, research and extension service. In 1984 he moved to the then University of Sokoto on a loan but later decided to fully transfer his services to that university.

Dr. Gidado Tahir became a head department of Extension Services and later acted as dean of the Faculty of Education and Extension Services of the university. He was appointed by the Federal Government to serve as Provost of Federal College of Education, Yola, from 1987,1994. He was promoted to the rank of professor of Education by Usmanu Danfodiyo University, Sokoto in October, 1992. However, before his second tenure as Provost expired, Professor Tahir was given yet another appointment by the Federal Government to serve as Executive Secretary of the National Commission for Nomadic Education, Kaduna.

Six years later, in April, 2001, Prof. Tahir was appointment National Coordinator of the Universal Basic Education Program and three years later became the first Executive Secretary of the Universal Basic Education Commission. His public service career ended in April, 2007 and had since returned to full-time teaching and research in the Department of Educational Management, the University of Abuja. Professor Tahir served briefly as Head of Department of Educational Management in 2008/09 and was appointed Deputy Vice Chancellor, Administration in April, 2011 and served for a period
of 30 months. He consults widely with several UN Agencies, the World Bank, Commonwealth of learning and the UKAid.

Professor Gidado Tahir has published more than seventy articles in learned refereed journals both local and international; and chapters in books, in addition to three books; all in the areas of higher, teacher, adult, basic, secondary and minority education. He successfully supervised more than 20 PhDs and nearly 50 MEd students at both Sokoto and Abuja Universities.

Professor Gidado Tahir is a rec1p1ent of two fellows: the Society of Educational Administrators and the Nigerian Academy of Education, as well as the National Honor, OON, which he received in 2003. He is currently the Chairman of the Governing Board of the National Commission for Nomadic Education, Kaduna. 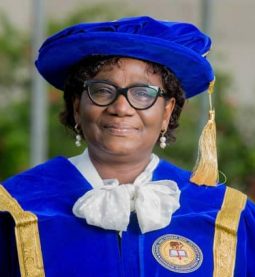 Prof. (Mrs.) Ibiyinka Fuwape was born in Lagos State to the family of Mr. and Mrs. David Ademokun of Ogun State on 18th December 1962. She had her primary school education at Reagan Memorial Baptist Girls Primary School, Yaba, Lagos. She also obtained her O'Level certificate with a division one grade in 1979 from the Methodist Girls High School, Yaba, Lagos. She proceeded to Queen's College Yaba for her Higher School Certificate from 1979-1981.

She was employed as an Assistant Lecturer in 1989 at the Federal University of Technology, Akure (FUTA) and rose through the ranks. She was promoted a Professor in October, 2003. She served FUTA in many capacities as Coordinator, Acting Head of Department, Head of Department of Physics for a period of nine years. She served as Dean, School of Sciences between 2011-2015 where she got the award of the best Dean of the year in 2012. She eventually became the Chairperson/member of many Committees and Boards of FUTA. She has been a member of the University Senate from 2003 to 2017. She acted as Chairman of Senate many times when she was made the Chairman, Committee of Deans during the 2014/2015 academic session.

She is a member of the Governing Council of the Federal University of Technology, Akure, from 2012 to 2017. She also served as a member of Council of Ogun State (Moshood Abiola) Polytechnic Abeokuta from 2013 - 2016. She has successfully supervised many undergraduates, Masters and PhD students thesis. She has been in the University system for over thirty-one (31) years.

Prof. Fuwape was a visiting scholar at Ohio University Athens, Ohio, United States of America (USA) from 2007-2009. She was an Associate member of the Abdul Salam International Center for Theoretical Physics (ICTP) Trieste, Italy from 1996-2002 where she conducted research with reputable scientists. She is a fellow of the Schlumberger Faculty for the Future (FFTF). She has attended many scientific conferences at home and abroad. She has also organized many conferences at local, national and international levels. She mentors individuals including women into pursuing scientific disciplines and achieving excellence in life. She has published several papers in reputable journals both locally and internationally.

Today, she is the second Vice-Chancellor of the Michael and Cecilia Ibru University. She is a Christian and she is happily married to Prof. Joseph Fuwape and blessed with children. 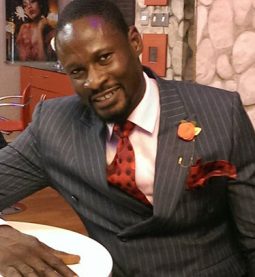 He attended the Institute of Commerce of Nigeria for a postgraduate Diploma from the Institute of Commerce of Nigeria also obtained a postgraduate Diploma from the Nigerian College of Accountancy in Jos Plateau State becoming a member of Association of National Accountants of Nigeria he proceeded for a masters degree in Accounting and Finance from Federal University of Technology Akure 2003 he also obtained a Doctorate Degree PhD in Financial Accounting with Specialization in Budgeting and Audit from saviours American University Tempa Florida in 2006 then obtained a Masters degree in Management and a masters degree in Public Administration from Kabale University Uganda East Africa in 2010- 2011.

He is with the High Court of the Federal Capital Territory Abuja Nigeria where he supervises and monitors Revenue Generation and supervision he is also a visiting Lecturer in Kabale University of Uganda in East Africa where he also serves as a Senior Lecturer in the postgraduate school and the senior Tutor in the faculty of Arts and Social Sciences he formulated and created the thesis and Research formats adopted by Kabale University in 2010 his research skills and proficiency enabled him supervise 73 Masters Research Thesis of the Post Graduate School with more than hundred undergraduate projects Hence Eight of his Masters Degree Thesis Students were scored A+ In 2013 by the External Examiners of The prestigious Makarere University one of the first African pioneer Universities as such the thesis were published as international journals out of the eight A+ students three of them completed their Ph.D in Spain with his guidance.

On his return after the national service in East Africa in 2014 the then Administration of President Goodluck Jonathan awarded him among other volunteers a national Certificate of Recognition for excellence accordingly the prime Minister of Uganda awarded him a certificate of recognition he also had supervised more than 100 undergraduate degree projects subsequently some of his students researches qualified among the Rwandan coffee and co­ operative societies projects adopted in some of the provinces subsequently in Plateau State College of Accountancy his research with a group of his colleagues resulted in the work on the Relevance of tax consultancy in revenue generation in Plateau State 1999 it is not therefore surprising the adoption of same by the now Federal inland Revenue service of Nigeria he is also a member of many professional bodies in Nigeria he has also published some Educational journals Christopher Samaila Philip Dabo PhD is also an Author of more than 56 novels he is presently pursuing another Doctorate Degree in international Diplomacy (in-view). 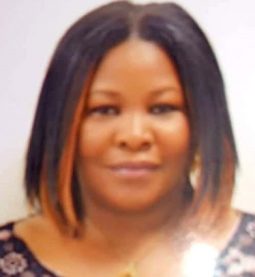 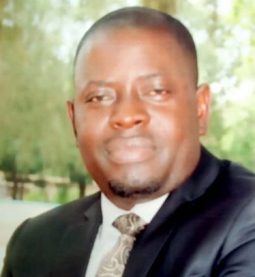 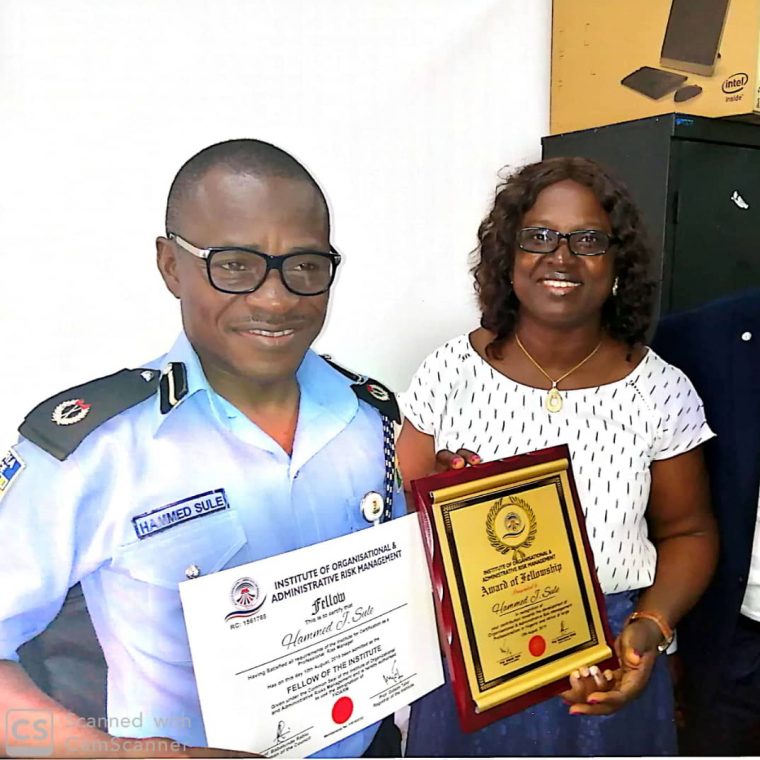 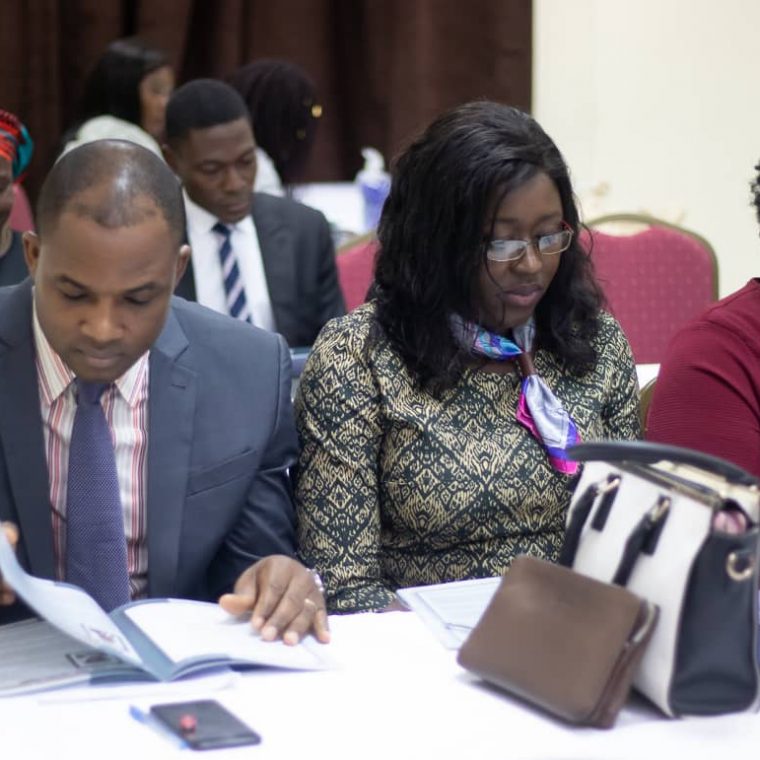 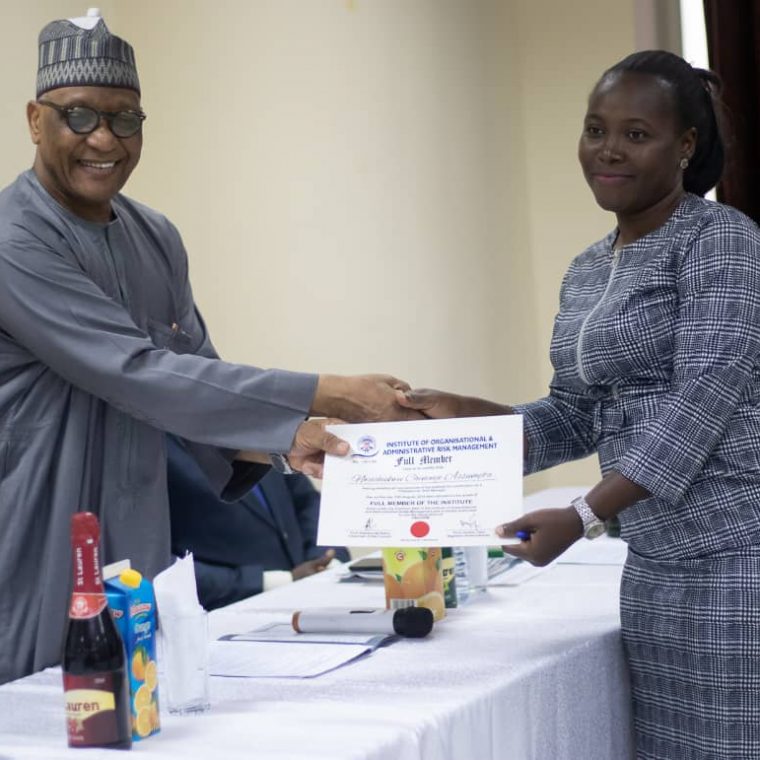 What our members say

When I joined IOARM I was still trying to understand the benefits, until a few months into the membership I realized the importance

BSc Business Administration
I always recommend my friends to become members of IOARM. The benefits can not be overemphasised.

BSc Environmental Science
IOARM opened my eyes to opportunities and networks that are valuable to my career.

B. eng Engineering
The training at IOARM has helped me improve my skills and career

Brigadier General Sani Kukasheka Usman (rtd), former Director of Army Public Relations, have been inducted into the Institute of Organisational and Administrative Risk Management (IOARM) of Nigeria alongside 137 others. They were inducted into various categories of membership during the institutes third induction and capacity building programme held at General ML Agwai Block of the…